Blackburn Rovers manager Tony Mowbray has admitted Liverpool prodigy Harvey Elliott apologized for the mistake that ‘cost’ his loan club against Reading, according to the official team website.

In the 23rd minute of the game, Elliott, 17, tried to extricate himself as he rushed towards his goal under pressure from Omar Richards.

The Bayern Munich full-back dispossessed Elliott as he was in his own defensive third, before handing the ball to George Puscas, who scored the decisive goal of the league encounter.

Mowbray said immediately after the 1-0 loss that Harvey was “apologizing” to the whole squad after his unfortunate “mistake”, which the Scotsman admitted to ultimately “cost” the Rovers on the night.

Mowbray then took the opportunity to reiterate how impressive Elliott has been as he was on loan from the Reds this season, he has scored five times and contributed nine assists in 25 league appearances.

Here’s what Mowbray had to say about Elliott’s unhappy moment immediately after:

“Harvey apologizes to the team, but he’s been brilliant for us all season and things like that happen sometimes,”

“He ended up in a bad position and it cost us dearly, but I’m not going to stand here and criticize him, he’s humble enough to admit his mistake.”

“We’ll put that behind us and move on. “

“I said to Harvey, for everything he’s given us this year it’s very hard to criticize him, he’s been amazing for us.”

“Harvey is really disappointed in this. He is an extraordinary footballer. I saw a statistic where he had the most assists of any teenager in Europe’s top five leagues.

“I have to take this on my chin on days like today. I asked him to be brave, to stay on the ball and play but it was really frustrating for us because it was out of context with the game, I felt it.

“We huffed and puffed, but we didn’t knock their door down in the end, although we had half-decent opportunities. It wasn’t, so we’ll move on to the next one. 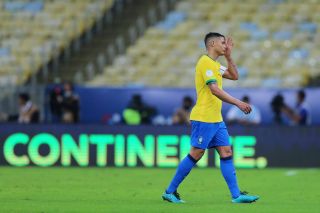 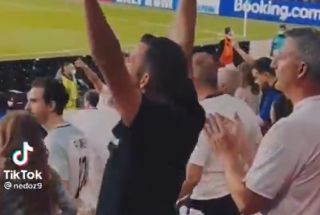 This is the only incident of a stellar season for Elliott in the English second tier, it was a moment to forget, but considering how many games the ace has single-handedly – with all due respect – won for Blackburn, it’s nothing so major in the grand scheme of things.