Depending on where they live, the ability of Sabbath-keeping Jews in Georgia to vote on Sundays in an early in-person vote may be threatened by legislation currently before the General Assembly.

In the aftermath of the 2020 general election, the House and Senate in the Republican-controlled state are considering measures that would limit absentee voting, restrict the use of ballot boxes, change voting days and times, and change others. regulations.

A provision in a bill passed by House 97-72 on Monday would require counties to offer two days of early voting on weekends, but counties would have the option of scheduling them on consecutive Saturdays, or on a Sunday and Saturday. following. House Bill 531 now goes to the Senate, which is developing its own voting bill. The legislature is expected to adjourn on March 31.

The only Jewish member of the General Assembly, State Representative Mike Wilensky, a Democrat from Dunwoody who represents the 79th District, voted against the House bill. In a speech before the vote, Wilensky said that if a county chooses to schedule an advance poll on consecutive Saturdays, “it will be extremely painful for religious Jewish voters in Georgia. Saturday is our day of rest, and most religious Jews can’t do much on Saturday, including voting. This would therefore prevent religious Jews from voting on weekends. “

Before the vote in the House, Wilensky told the AJT: “None of the changes to this bill make voting safer; it only makes voting more difficult. I see no need for this bill and I am 100% against it.

Democratic Representative Mike Wilensky, the only Jewish member of the legislature, warned that the bill “would prevent religious Jews from voting on weekends.”

The second member of the House, President Pro Tem Rep. Jan Jones, a Republican from Milton who represents the 47th Borough, said only 16 of the 159 counties in Georgia [including some in metro Atlanta] proposed the Sunday vote before the general election in November and six did so before the second round of the US Senate in January. Opponents of the bill said tens of thousands of Georgians took advantage of Sunday’s vote when it was available.

Jones supported the bill but acknowledged the religious issue. “I am sympathetic to our active Jewish friends and Seventh-day Adventists, who do not vote on their Sabbath day, Saturday. The bill accommodates them by allowing an early voting day on Sunday, in counties that choose to offer it, ”she said during the debate.

A coalition of Jewish community organizations, activists, synagogues and clergy consider this accommodation inadequate. A letter published Monday, ahead of the House vote, expressed “concern and dismay” over the bill, citing in particular the issue of the weekend vote.

The letter, coordinated by the Jewish Community Relations Council and bearing more than 110 signatures, read: “By allowing advance polls on Saturdays, but not Sundays, the General Assembly would impose a substantial burden on Georgian Jews who observe the Jewish Sabbath. and are not allowed by their religious practice to vote in writing or using a mechanical device. . . By restricting access to the vote in a way that disproportionately impacts the Jewish community, the state of Georgia will create substantial burdens and potential denial of the right to vote for parts of our community. “ 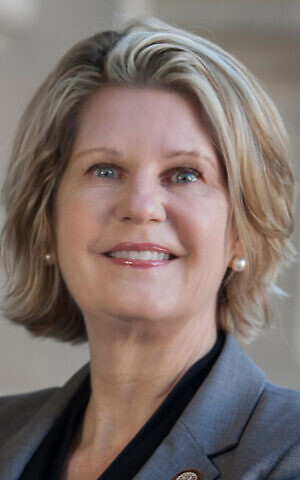 Republican Representative Jan Jones said the bill accommodates observant Jews “by allowing an early voting day on Sunday, in counties that choose to offer it.”

The coalition suggested that Jews would be unwitting victims of legislation aimed elsewhere. “The burden on Georgian Jews cannot be justified by any legitimate reason advanced by the General Assembly. Restricting advance voting to a weekend day provides no additional security or integrity to the conduct of elections in Georgia, the alleged reason for the election bills introduced by the General Assembly this year, ”the letter reads. . “On the contrary, it is widely suspected that the Sunday advance poll restriction is intended to prevent black voters from participating in ‘Souls to the Polls’ election campaigns after Sunday morning church services.”