* The last decade has turned into opportunities and transformation for foreign companies in China, with profound changes in foreign investment in terms of amount, structure and degree of participation.

* Foreign investment has flown into new areas of the Chinese economy, which follows the direction of a new development philosophy characterized by innovative, coordinated, green, open and shared growth.

* New opportunities have also come from China’s efforts to promote high-level openness, which has not only encouraged the circulation of goods and factors of production, but also steadily expanded institutional openness based on rules, regulations , management and standards.

But with a latte priced at around 20 yuan (about US$2.4 at the time) and the average monthly salary of Beijing residents barely exceeding 1,000 yuan, coffee was a niche market at the time.

It took several years for the American coffee chain to establish itself in the Chinese market. Since 2010, China has become the largest overseas market for Starbucks. Over the past decade, the number of Starbucks stores has increased approximately 9 times to more than 5,700 across the country.

“We are witnessing China’s rapid and steady urbanization,” Leo Tsoi, general manager of Starbucks China, told Xinhua. He described the company’s past decade of development in China as “faster, broader and deeper”.

Besides metropolises like Beijing and Shanghai, Starbucks China has opened more stores in smaller cities and townships and is aiming for 6,000 stores by the end of this year, according to Tsoi.

The story of Starbucks is a shining example of how the last decade has turned into opportunities and transformation for foreign companies in China, during which profound changes have taken place in foreign investment in terms of the amount , structure and degree of participation.

Despite the growing trend of de-globalization and protectionism, in 2021, China’s actual use of foreign direct investment (FDI) reached 1.15 trillion yuan (about 170 billion US dollars), ranking second in the world, in increase of 62.9% compared to 2012.

During the same period, global FDI grew by only around 27% to reach US$1.65 trillion, according to the United Nations Conference on Trade and Development.

The sharp increase has rendered futile fears that China will lose its appeal to foreign investors after abolishing preferential policies for foreign companies more than a decade ago. Besides the labor and cost advantages, the country’s steady development and huge market potential have continued to attract investment.

The country is now the second largest consumer market in the world, with a middle income group of more than 400 million people.

“Thanks to the continued opening up and rapid growth of the Chinese economy, as well as the increasing purchasing power of Chinese consumers, China has become our largest and fastest growing overseas market. fast,” Tsoi said. 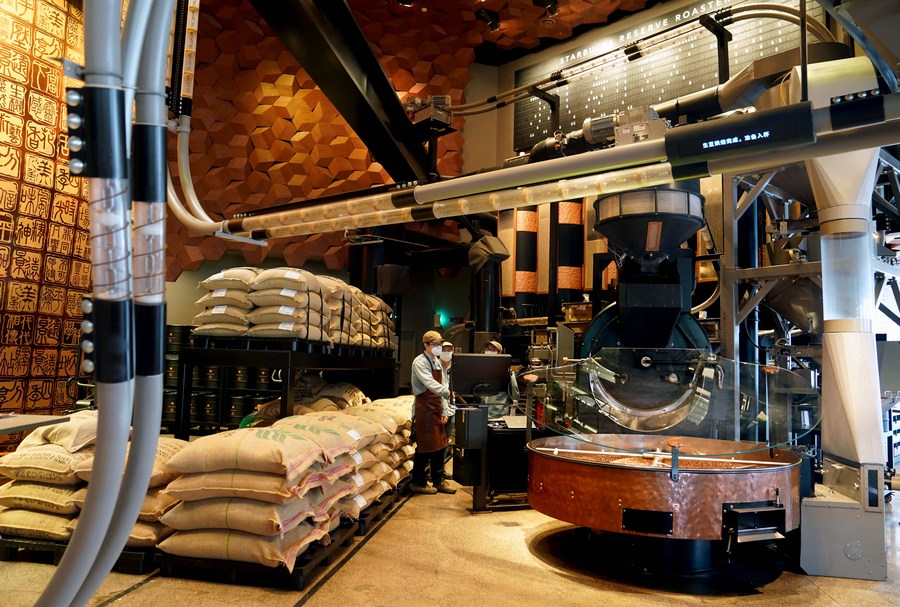 Along with the expansion of scale, China’s pursuit of a new development pattern in recent years, focusing on improving the quality of growth and unleashing a new impetus of development, has also transformed the foreign investment landscape.

Foreign investment has flown into new areas of the Chinese economy, which follows the direction of a new development philosophy characterized by innovative, coordinated, green, open and shared growth.

In manufacturing, a key economic driver, multinationals have moved up the value chain of their investments in China over the years.

This represents a 6.3 percentage point increase from the 2017 level, when $9.89 billion of foreign investment was used in high-tech manufacturing, according to the report.

Li Jing, partner in climate change and sustainability services at Ernst & Young (EY) Greater China, said that as part of China’s peak and carbon neutrality goals, she is optimistic about climate-related sectors. ‘ESG (environmental, social and governance), climate change and green. financing in the Chinese market.

To seize opportunities, according to Li, the global consultancy has set up an ESG management committee in China to not only promote its own sustainability practice, but also to provide green development and low-emission transformation solutions. carbon to businesses. 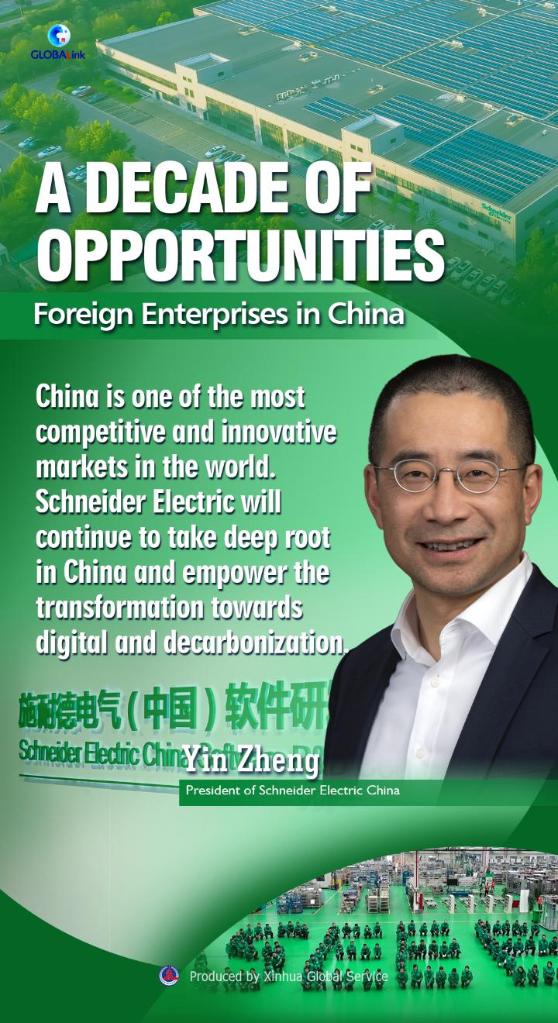 China is the only country in the world where all industrial categories are listed in the United Nations industrial classification. On the innovation front, the country rose to 12th place in the 2021 Global Innovation Index, up from 34th in 2012, according to the World Intellectual Property Organization.

In Shanghai alone, by the end of May this year, multinational enterprises had established 848 regional headquarters and 512 foreign-funded R&D centers.

The nearly 1.1 billion yuan project is Starbucks’ largest manufacturing investment globally. Once completed, coffee beans from around the world will be processed, roasted, packaged and distributed in China, according to the company.

China has become one of Schneider Electric’s biggest R&D bases in the world, according to Yin. Currently, the company’s R&D team in China has more than 1,800 engineers, an increase of nearly 30% over the past three years.

“China is one of the most competitive and innovative markets in the world. Maintaining a leading position in the Chinese market helps us achieve greater success globally,” Yin told Xinhua. 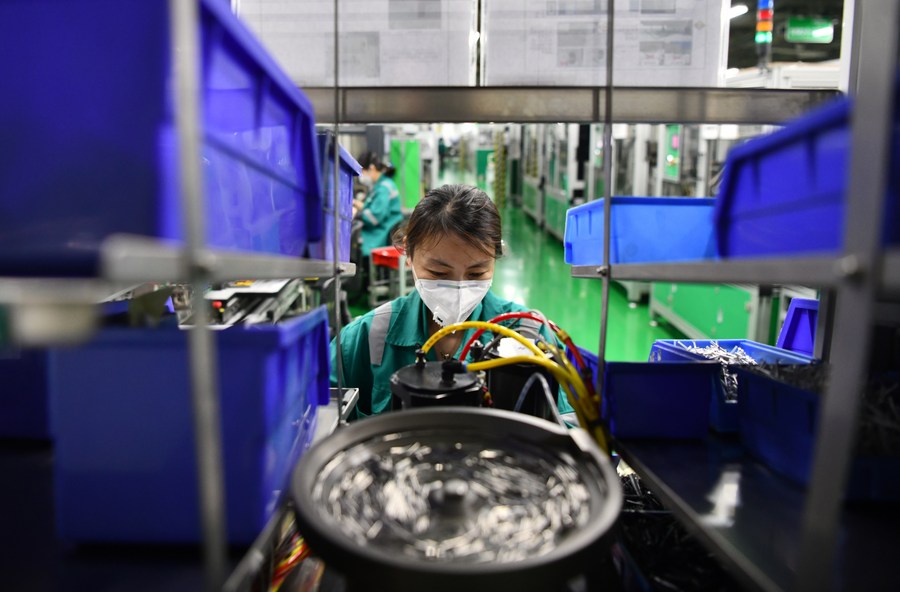 CAPITALIZE ON A HIGH-LEVEL OPENNESS

For foreign investors, new opportunities have also come from China’s efforts to promote high-level openness, which has not only encouraged the movement of goods and factors of production, but also steadily expanded the institutional openness based on rules, regulations, management and standards. .

In 2013, China set up its first pilot free trade zone (FTZ) in Shanghai, a test bed for new economic policies. After five rounds of expansion, China now has 21 such zones.

The country has continued to shorten the foreign investment negative list and enacted laws and regulations, including the Foreign Investment Law, to protect the legitimate rights and interests of foreign investors.

China’s business environment is also improving, with the ease of doing business rising from 91st to 31st in 2012, according to a World Bank report.

In 2018, China removed restrictions on foreign investment in new energy vehicles. Soon after, Tesla established China’s first wholly foreign-owned car manufacturing company in Shanghai, which began construction in early 2019 and delivered its first batch of Chinese-made vehicles within a year.

Behind the fast speed is Shanghai FTZ’s institutional innovation. According to the authorities of the Lingang New Zone of the Shanghai Free Zone, the efficient approval processes are replicated for all investment projects in the new zone.

In the first half of this year, the Tesla Shanghai Gigafactory exported 97,182 vehicles to the overseas market, more than double the level from a year ago despite the resurgence of COVID-19.

Electric cars produced by U.S. automaker Tesla’s Gigafactory Shanghai are loaded onto a cargo ship at Nangang Port in Shanghai, east China, May 11, 2022.

The American Chamber of Commerce in China said in a recent white paper that about two-thirds of companies surveyed ranked China among the world’s top three investment destinations, and about 83% of them said that they did not plan to move production or supply. out of China.

“China is one of the most dynamic and innovative markets in the world. We have huge aspirations for Starbucks China over the next decade,” Tsoi said. ■